The Angaston Football Club is justifiably proud of its heritage – it has won more A Grade premierships than any of the other foundation clubs. It retains its original colours of blue and white that it started with in 1879. Its picturesque oval is a landmark in the Barossa and will be the scene of many more great football matches during the next 100 years.

Commit to our success and sustainability.

Commit to our assigned roles.

Proactively uphold our vision and values.

Explore and create avenues to evolve.

Help others with their individual development.

Seek to continually challenge the norm.

Encourage an atmosphere of mateship.

Foster an inclusive and caring environment. 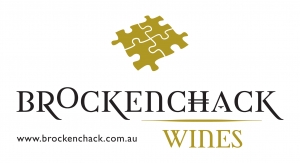 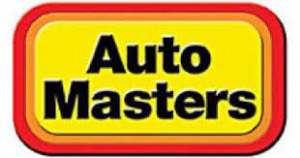 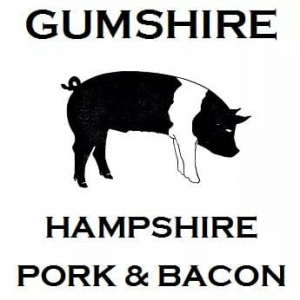 CLICK ON THE LINK BELOW TO SEE ALL OUR SPONSORS

Like any great country football club, we wouldn’t be able to function without the help of our sponsors. We would like to thank each and every one of them for showing their support to the club and to the community throughout the years. Support those, who support the club!

WOULD YOU LIKE TO FIND OUT MORE
ABOUT CLUB SPONSORSHIP?

For all your merchandise needs

Visit our dedicated SPORTS CENTRE home page where you can order playing apparel and club merchandise that will be delivered to your door!

Annual Membership that entitles you to free entry for  minor round home games, our weekly Panther Patter newsletters and voting rights at general meetings.

Events can be purchased here throughout the year. We will keep you informed in the Panther Patter (e-newsletter) or on Facebook

The Angaston Football Club was one of the foundation members of the Barossa & Light Football Association in 1908. However the club was ‘formed’ in 1879 playing its first game on July 12, 1879 against Kapunda at Angaston. Kapunda won seven goals to nil.

The Angaston Football Club was one of the foundation members of the Barossa & Light Football Association in 1908. However the club was ‘formed’ in 1879 playing its first game on July 12, 1879 against Kapunda at Angaston. Kapunda won seven goals to nil.

The oldest known Angaston Football Club minute book was from 1899 – 1910 and this still exists. However the next available minute book starts in 1955.

In 1936 an Angaston & Nuriootpa Centenary souvenir booklet was printed and in that publication it states that football started in Angaston in 1870. To add confusion to the starting date, in the first known article printed in the Kapunda Herald in 1879 it refers to 1879 as the formation of the Club.

All of these facts may be true but according to Angaston Football Club historian, Anthony Schubert it seems that the Club as it is known today started in 1879.

Angaston took part in trying to form a competitive football association during the late 1800’s but after a number of attempts the Association did not get officially formed until the 18th March 1908 and Angaston is one of the two Clubs that has not missed an official season in the 100 years of football.

In its first official match on May 2nd 1908 Angaston defeated Kapunda 5.11 to 5.2. Charlie Nettell was Captain of the team and the first goal was kicked by Alwin Thamm. The Club has the historical honour of winning the first premiership in 1908.

In the early 1900’s Angaston had a number of clubs apart from the one we know in 2008. The Old Buffers Club was formed on July 2nd 1910 – R. Angas was Patron- J.E. Gramp President and C.E. Netell Secretary. It was formed one night after a match between past and present footballers – the colours worn were maroon and gold. A Federals Club wearing red and blue was also in existence around 1912. It is unknown how long these two clubs existed.

The early years were extremely successful for the Club winning 6 premierships until 1915 when football was suspended because of the First World War.

Success continued in the 1920’s with another 3 premierships. Angaston continued to be a force in the 1930’s playing in 5 Grand Finals and winning 4 premierships. During this period a name emerged in the Club which was going to have a significant impact on the Angaston Football Club and the local Association for the next 75 years. A dynasty was about to begin.

Brian’s son William won the Association U15’s medal in 1977 then went on to play 135 games for Central Districts – returning to Angaston he was A Grade captain for 5 years and coached the U17’s for 3 years. Today William’s son, Shannon after winning the Association U15’s medal in 2001 went on to play in 2 SANFL premierships with Central District and after being drafted into the AFL is an important member of the West Coast Eagles.

Lacey Hurn coached the Club in 1937, 1938 and won the Mail Medal in 1938. He was president of the Barossa & Light Association from 1953-1967. Then took over as Angaston President from 1971-1974. Lacey’s son Tony, was a member of an A Grade premiership team – was Club treasurer in 1966. He was an important member of a group in forming the Association’s umpiring panel and is a Life member of the B.L. & G. Umpires Association.

Ross Hurn was Captain/Coach of the 1945 Premiership team and after his playing days was an Association Commissioner for 15 years and for a number of years was an Association selector. For his services to football he was made a Life Member of the Association. A very talented cricketer he still holds the record for the highest score in the A Grade local competition – a score of 292 against Light Pass. He was a member of the local team that played against Don Bradman’s eleven on the Nuriootpa oval in 1937.

Like the Hurn’s there are many other Angaston family names that have made a significant contribution to the Angaston Football Club over the past 100 years – names like Trescowthick, Chinner, Kleinig, Miles, Kempe, Sibley, Falkenberg, Hearl to name a few.

In the late 1930’s another young, very talented Angaston sportsman started to make a name for himself – Bob Christie. Bob was not only a brilliant footballer but also a very talented cricketer. Playing for Glenelg, to this day he stills hold the record for the fastest Century in district cricket. Sadly Bob was killed in action in the Middle East during World War 2. A waste of a great talent.

In the mid 1930’s Morgan, Lacey and Ross Hurn became involved in both football and cricket. Morgan an outstanding cricketer did not play football but left a very proud legacy. Three of his sons, Brian, Richard and Geoffrey played in A Grade premierships. Brian won the mail medal in 1970 and was Association leading goal kicker in 1957 and 1963. He coached the Club for 3 years, was Secretary for 11 years and President of the Barossa, Light and Gawler Football Association for 7 years. Brian also had an outstanding cricketing career representing South Australia in the Sheffield shield competition for many years. Richard won the Association goal kicking in 1965 and Geoffrey was Club secretary in 1972.

The local competition started again in 1945 after being suspended because of the war. It proved to be a good year for the Angaston Football Club defeating Kapunda in the Grand Final and winning the 1945 premiership. However a lean period was to follow – it had to wait until 1955 for the next premiership. Then another lean period – but it came back with a vengeance winning in 1968 and 1969. This was followed by premierships in 1971, 1972 and 1973. Then the next premiership was in 1977. Ironically Angaston holds a unique record – it is the only Club to have played in a Grand Final drawn game – this happened on 2 occasions. First in 1969 when it drew with Nuriootpa and won the replay. Then in 1977 it drew with Kapunda and won the replay. In the 30 years since 1977 Angaston has only won 2 A Grade premierships – in 1986 and 2003.

The Angaston Football Club is justifiably proud of its heritage – it has won more A Grade premierships than any of the other foundation clubs. It retains its original colours of blue and white that it started with in 1879. Its picturesque oval is a landmark in the Barossa and will be the scene of many more great football matches during the next 100 years.

The Angaston Football Club believe strongly in looking after the well being of our players, supporters and members of our community. As a result we have implemented and continually review the following policies.